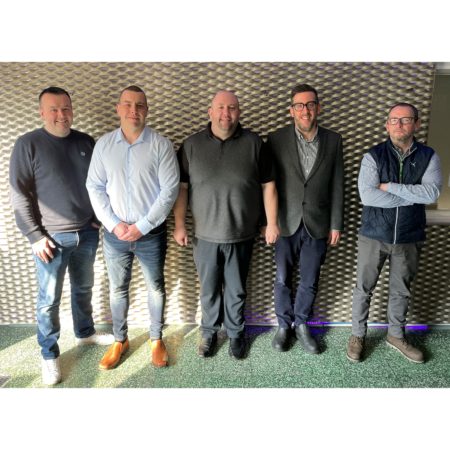 The Expanded Metal Company is delighted to announce a string of senior promotions.

Jo Lloyd, who was previously Quality Manager at The Expanded Metal Company, has been appointed Head of People. She will be spearheading our investment in people and talent, and will be overseeing quality, environmental and health and safety matters.

Paul Bushnell, who has been with us for more than 32 years, has been appointed Director of Operations, with responsibility for operations, production, purchasing, planning, IT and engineering.

Ryan Pinder – who started with The Expanded Metal Company in 2007 as a machine operator – has been appointed Head Of Continuous Improvement. Ryan has held a number of positions within the business, including Quality Engineer and Shift Manager.

Joining Paul and Ryan in operations is experienced engineer Neil Head, who has been appointed to the position of Production Manager.

Driving sales and business development are Mark Proctor and Ian Hutchinson, who have been with The Expanded Metal Company for seven and 20 years respectively.

Mark, previously Internal Sales Manager at The Expanded Metal Company, has been appointed Head of UK Sales and Service, while Ian has been promoted to Commercial Manager, a role in which he will focus on new business development.

“I am delighted to see them taking on their new roles, as we continue to evolve our manufacturing capabilities, nurture and develop our workforce, and extend our presence in UK and export markets.

“They have the drive and dynamism to support the further growth of the business, and it’s very exciting to be working alongside such a talented and experienced team.”