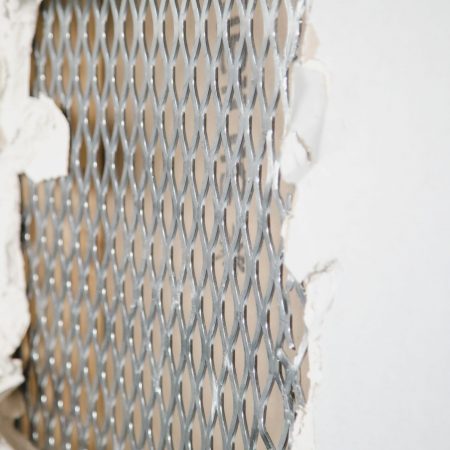 A strange tale? The origins of Securilath™

Paul Whitton, business development manager at The Expanded Metal Company, led the design and development team who created our ExMesh™ Securilath™ range in the 1990s. Here, Paul delves into the archives to tell the story behind one of our most popular mesh security products.

The Strangeways prison riot in Manchester made headlines back in 1990. Lasting for 25 days, it was the longest riot in British penal history – and those of us old enough to remember those events will vividly recall the sight of prisoners on the rooftops of the Victorian-era building.

So how does this momentous event link to The Expanded Metal Company?

During the disturbances, prisoners gained access to the rooftops and other wings through unsecured walls and ceilings. This gave us an idea… and the concept of Securilath™ was born.

We felt there was a market opportunity to develop meshes that could be fitted into walls and ceilings, not only at high risk institutions such as prisons and military establishments, but also buildings used commercially for security and finance, and hi-tech facilities. They could all benefit from enhanced security by adding a layer of expanded metal mesh to the build-up of internal and external walls.

Lightweight expanded metal had traditionally been used as a key for plaster and render in walls – it was known as expanded metal lath – or more commonly ‘EML’ in the trade. From the start of the concept, it was clear that we should create a brand that made reference to this application and also to the added security benefits a heavier duty mesh would provide – so the Securilath™ name was adopted.

In the 1990s, ‘ram raiding’ was on the rise, with vehicles used by criminals to break down walls and gain access to premises. Securilath™ was seen as an ideal solution deterrent. Placed within walls, it was discreet. No one expected to come up against it.

At the time, I felt that the biggest opportunity for Securilath™ would lay within external walls. However, I was to be proved wrong…

In the 1990s, ‘target hardening’ was the buzz-phrase used by security professionals to describe measures taken to deter and delay thieves. Early Securilath™ marketing made reference to this – and also referred to the product as ‘The Burglar Beater’!

In the late 90s and through the turn of the century, the application base grew bigger: museums protected their valuable artefacts in secure stores; financial institutions created secure walls between their public and private areas; hospital pharmacies were shrouded in Securilath™; cash handling areas were made more secure in retail stores; and remotely located control and operations rooms in the utilities sector were given upgraded security with the inclusion of Securilath™.

In recent years, the massive increase in the use of high value IT hardware, from the inclusion of computer suites in schools and universities, and storage of PCs and laptops, to the growth of data centres packed with banks of servers, has led to additional protection requirements. Securilath™ is an increasingly popular solution. And by safeguarding IT equipment, IP and sensitive data can be secured too.

Throughout the years, we have collaborated extensively with the Police and other security consultants – and these relationships continue today. This has led to continuous improvements being made in Securilath™’s performance, backed up by testing under Building Research Establishment (BRE)/the Loss Prevention Certification (LPCB) and Secured By Design, culminating with the LPS 1175 SR1, SR2 and SR3 accreditations that Securilath™ holds.

I returned to The Expanded Metal Company in 2018 after a six-year absence and am happy to be working with my team and carrying on our commitment to continuous product development. We’re continuing to broaden the appeal of the Securilath™ product range, and are extending the scope of applications, backed up by testing and certification.